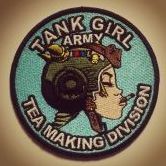 School me on Sena's and other bluetooth things

By shinyribs, March 27, 2018 in Gear Reviews and questions