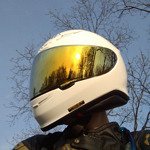 By ShiftHer, August 14, 2017 in Yamaha FZ-07 Parts and Accessories Reviews