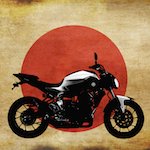 What oil do you use?