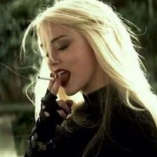 Will I learn on MT-07. Your thoughts on first bikes?